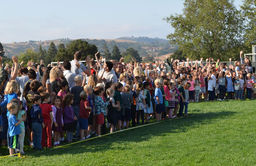 The entire Oakwood campus gathered for a birthday celebration in honor of Oakwood's 20th anniversary. This was one of many events scheduled as part of the year-long anniversary celebration. Mrs. Hanson led students in a birthday song and everyone enjoyed cupcakes festively decorated in Oakwood colors. A special anniversary photo was taken by an Oakwood alum aerial photographer. Stay tuned for more about this special photo!

This was a momentous year for Oakwood School and we enjoyed celebrating our 20th Anniversary throughout the year! We hope that you were able to join us at one of the events to celebrate this milestone. 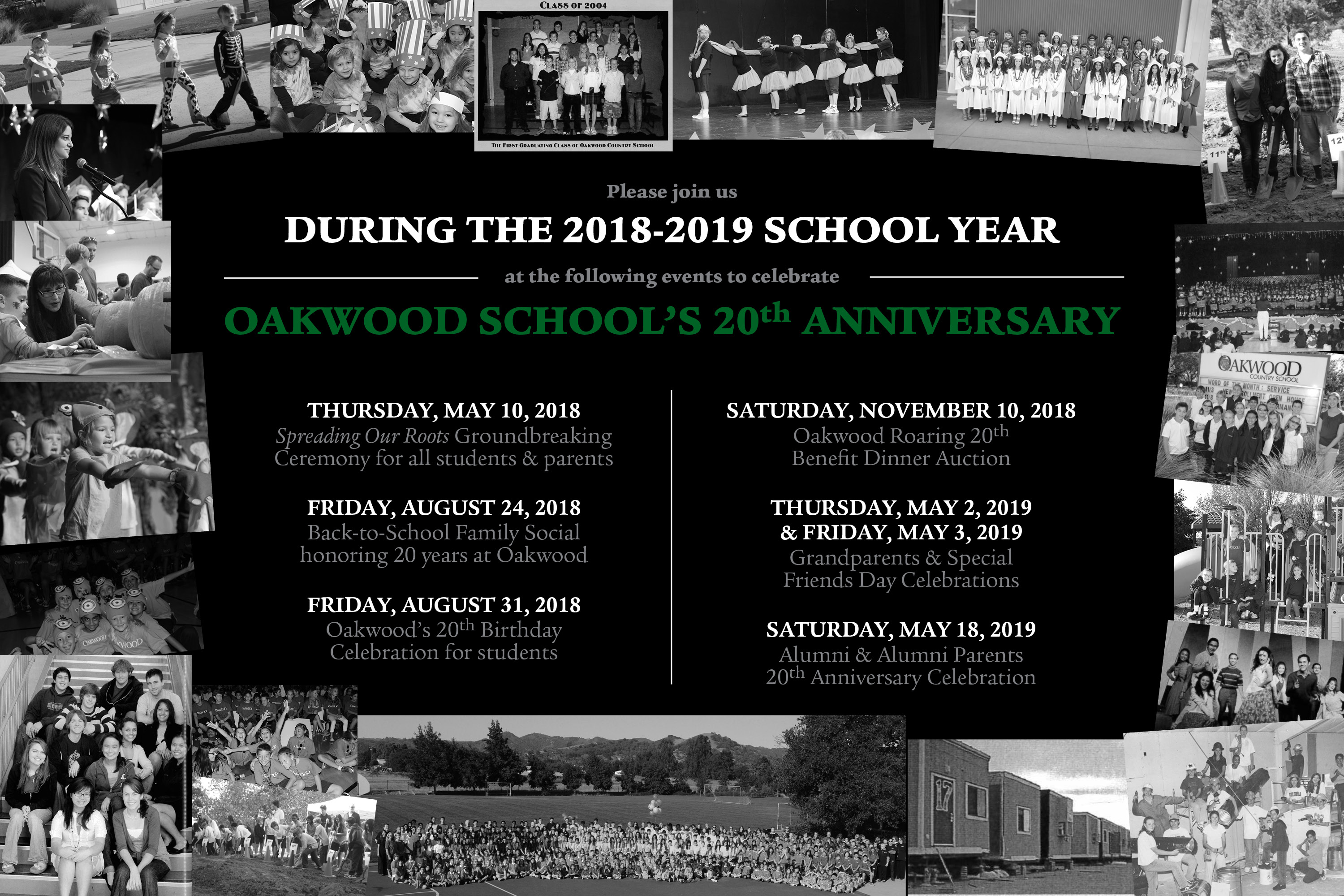