Aiden Huang, an Oakwood High School student, had the incredible opportunity to play his violin at Carnegie Hall in New York City, this past May at the International Piano and String Competition 2019 Winner Recital. Aiden was invited to play by American Protégé after being chosen as an Honorable Mention Winner for the Junior category of the competition. He decided to perform "The Boy Paganini" by Mollenhauer. Aiden has participated in the San Jose Youth Symphony for the past six years. He enjoys playing violin in the orchestra setting; however, after watching his sister perform at Carnegie Hall last summer, Aiden was inspired to see if he was capable of playing solo; therefore he entered this year's competition. It was an exhilarating moment for Aiden, especially after seeing many great musicians performed on the stage. During the Winner Recital, each musician needed to deliver their performance successfully to receive the award. It was indeed a fantastic experience for Aiden. He not only was allowed to travel to New York City and play on the iconic stage but also met new friends who are also very talented violinists. 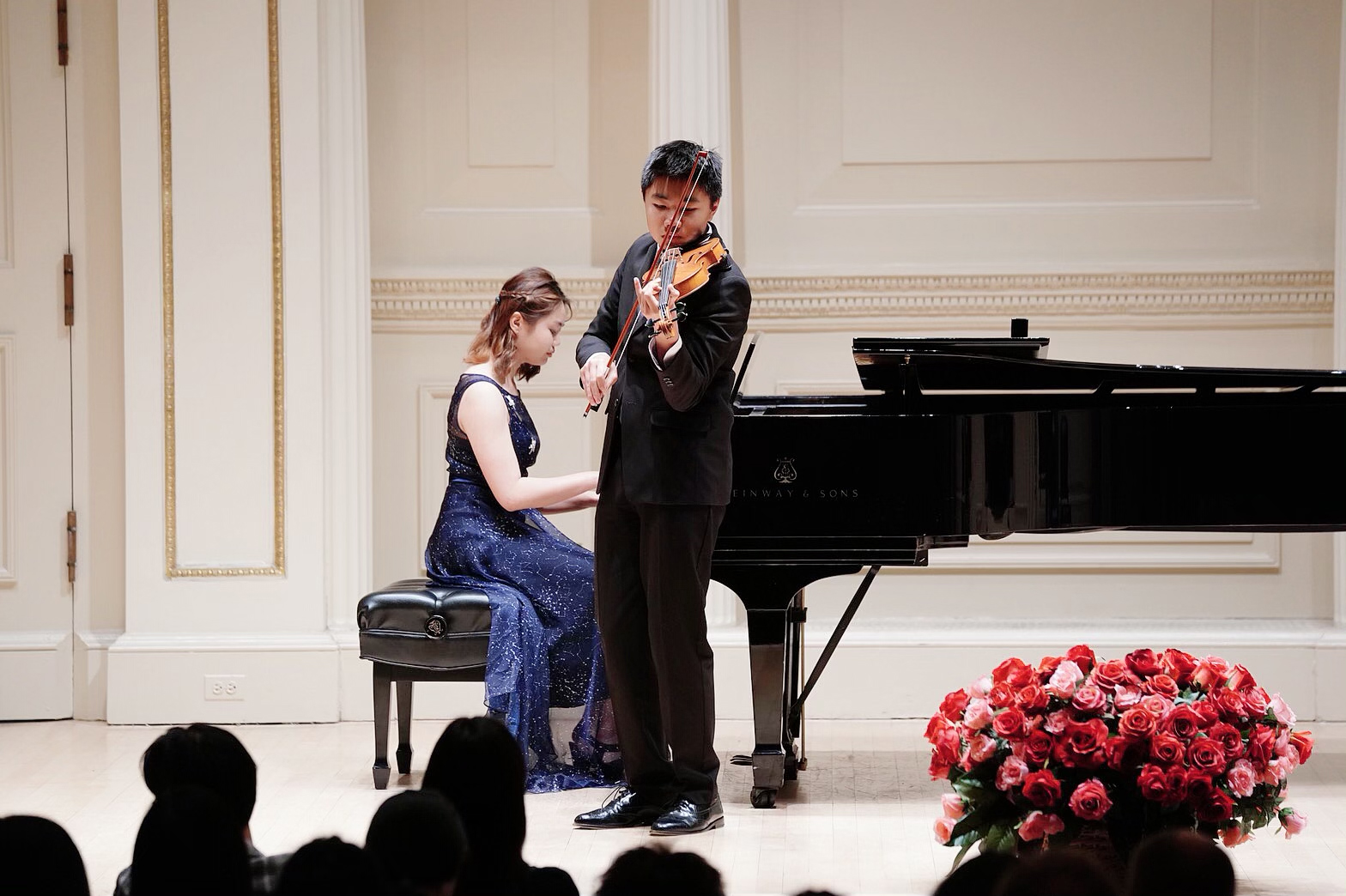 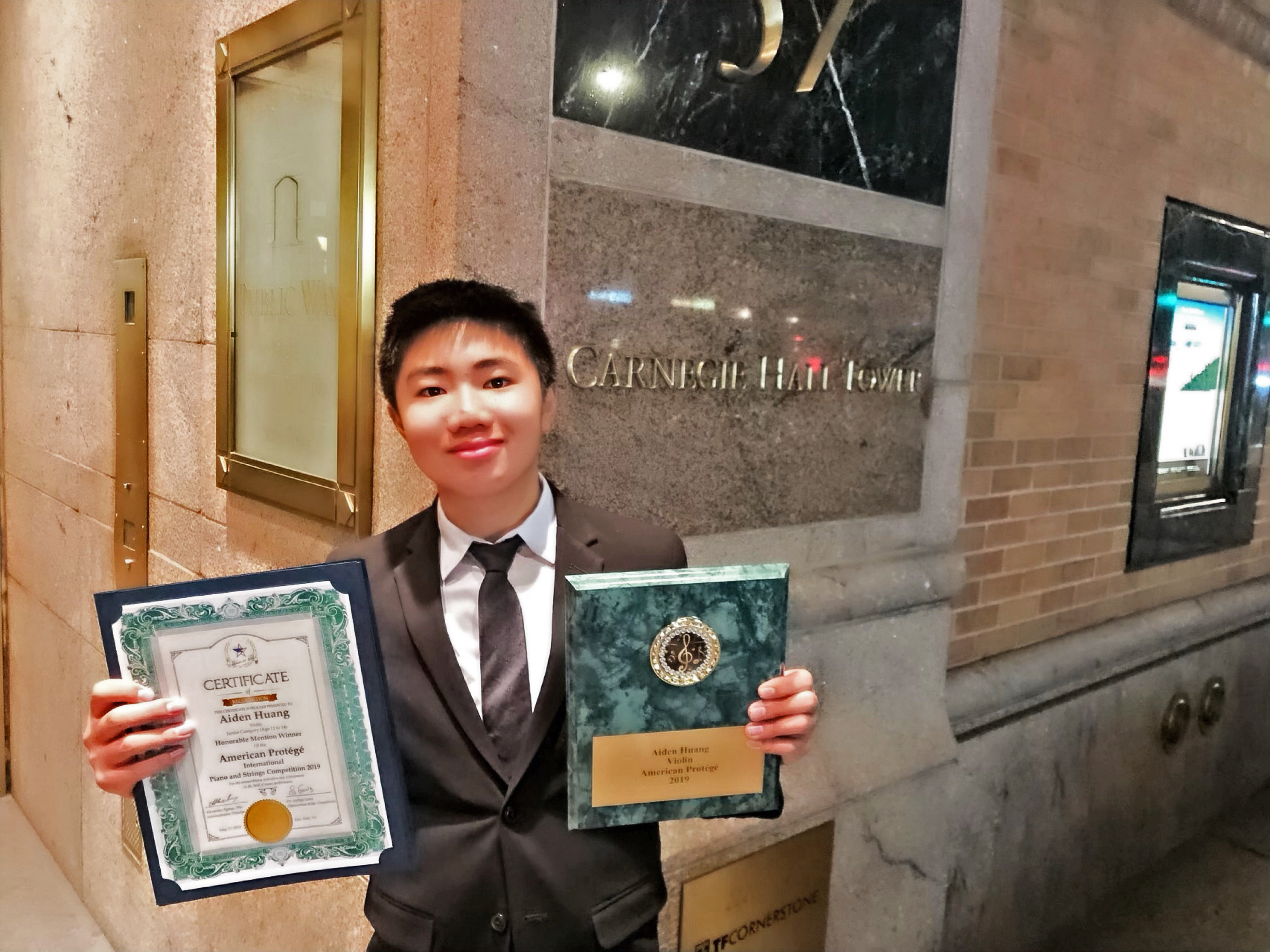